Deciphering Between the Two

I realize I stated above that these two words describe a variance of the same thing but there is also a slight difference between the two as well. Interest invokes the left side of the brain in that it makes a pragmatic decision. It weighs all the practical factors usually involved without emotion. Enthusiasm invokes the right side of the brain and feels the passion, and excitement of what is being considered. It uses the same deductive reasoning as Interest but it can be overridden with desire.
Given the different facets of arriving at decisions the hope is that both play an equal part.

I am an avid reader. By that I mean I am usually not without a fictional tale of intrigue or adventure in my possession. My older sister exposed me to the joys of reading when I was young with J.R.R. Tolkien, A.C. Doyle and of course the Hardy Boys Mysteries. To this day and I think most avid readers would attest to this, I would take a great book over a great movie any day.

Because of my love for reading novels I developed and interest in writing one (how original). I thought I might want to become a writer. I even started a novel and I think I finished about 8 chapters. The problem was reality hit me square in the face and I quickly understood that becoming a real author of fiction was way more than sitting down at the keyboard and coming up with ideas. Whatever waning enthusiasm I had didn’t support the interest. I did not pursue that course at that time because there was not enough of both ingredients to carry on.

However, writing blog posts such as this one while building a business around it, did have both ingredients and we will talk about that later.

Playing in the NBA Was My Dream

I played on a state championship high school basketball team it was the dream of most everyone on that team. You could say we and more specifically I, was incredibly enthusiastic about playing the game of basketball. I loved practicing, playing and most of all winning and we did a lot of that. However, I did not have the physical attributes which meant I would have needed an extraordinary drive to even consider playing college ball let alone NBA and that was not in the cards.

My enthusiasm for the game never lessened. To this day I am a huge college and NBA fan, I coached my daughter and we still have knock down, drag out H.O.R.S.E. battles. I always will be enthusiastic about basketball but the interest was not there enough to pursue just any type of career in that industry. I only wanted to play.
I did not want to coach, or be a scout or even write about the game.

Now Much Older am I Wiser?

I have engaged in many other career paths, hobbies and interests since that time and have learned one thing from all those experiences combined, you really need both interest and enthusiasm. It doesn’t have to be massive or tilted in either direction, in fact it’s better if it is not. However, enthusiasm or Interest alone will only carry you so far. So here we are today and my interests and enthusiasms have changes a bit. I am an online entrepreneur my interests are independence, security and purpose. My enthusiasm is for many topics that all are geared towards getting those three things.

It’s when we incorporate our interests with our enthusiasm, we create momentum and movement towards our purpose. My interest in writing is fulfilled, my enthusiasm for basketball or sports in general is pursued in my Point Pickers website and my quest for independence and security is being obtained through all of it.

Timing Can be the Key to Bringing it All Together

All things in they’re due time is something I try to live by now. What that has taught me is nothing needs to be rushed or delayed. It will all come together when it is supposed to and sometimes that means never. That is not a bad thing, it is a learning thing. What is timing but the combination of interest and enthusiasm? It is when you willing to do the things that interest you even when you are not as enthusiastic as you would like or your enthusiasm gets you to take chances on things that may not be of interest, like risking time or money, yet you know in your heart it’s the right thing to do. This brings us to Purpose.

Purpose is the Final Ingredient

When interest and enthusiasm work together you find your purpose. Or you find your purpose and you create interest and inspire enthusiasm to help you define it. It really doesn’t matter which way it works. So many have found there life’s work on a whim, didn’t even realize they enjoyed it before they experienced it. Some have planned they’re careers since adolescence. Both have arrived at the same place. Both have maintained a level of interest and enthusiasm sufficient enough to support a purpose they either knew or found out they were destined for. You hear these statements all the time, “It just all came together” or “I had no idea I would make it this far.” You also hear, “I knew what I wanted to be since I was little.” They are all amazing examples of different paths describing the same accomplishments. Didn’t matter the path to purpose, the combined ingredients of interest and enthusiasm were the key.

This site uses Akismet to reduce spam. Learn how your comment data is processed. 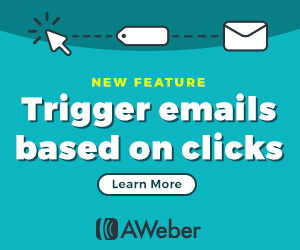